Making Sense of the Fine Details

Over the next few posts, we will dig deeper into microscope objectives and explore how they can affect the quality of your imaging. Let’s start the series off with magnification and resolution, which can be a point of confusion when planning experiments.

Often, when an image looks fuzzy, people will try to correct this by using a higher magnification objective. Yet the assumption that increased magnification means better resolution is incorrect. Figure 1 depicts two images, each acquired with a 20x objective. If you look carefully, the image on the right has features that are more sharply defined than in the image on the left.

Fig 1: The images on the left and right are fluorescence images of Weibel Palade bodies in endothelial cells labeled using immunofluorescence. Scale bar = 10 µm. We thank the laboratory of Dr. Kamala Patel for providing samples.

Rather than magnification, it is the numerical aperture of an objective, known as “NA”,  that determines how well you can resolve features on your specimen. You can have two different 20x objectives, but if their NA is not the same, the resolution will be different: the objective with higher NA gives higher (better) resolution. The objective on the left has a NA of 0.4, while the one on the right has an NA of 0.75. As you can see, the 0.75 NA objective resolves features better than the 0.4 NA objective, although both objectives have the same magnification (20x). 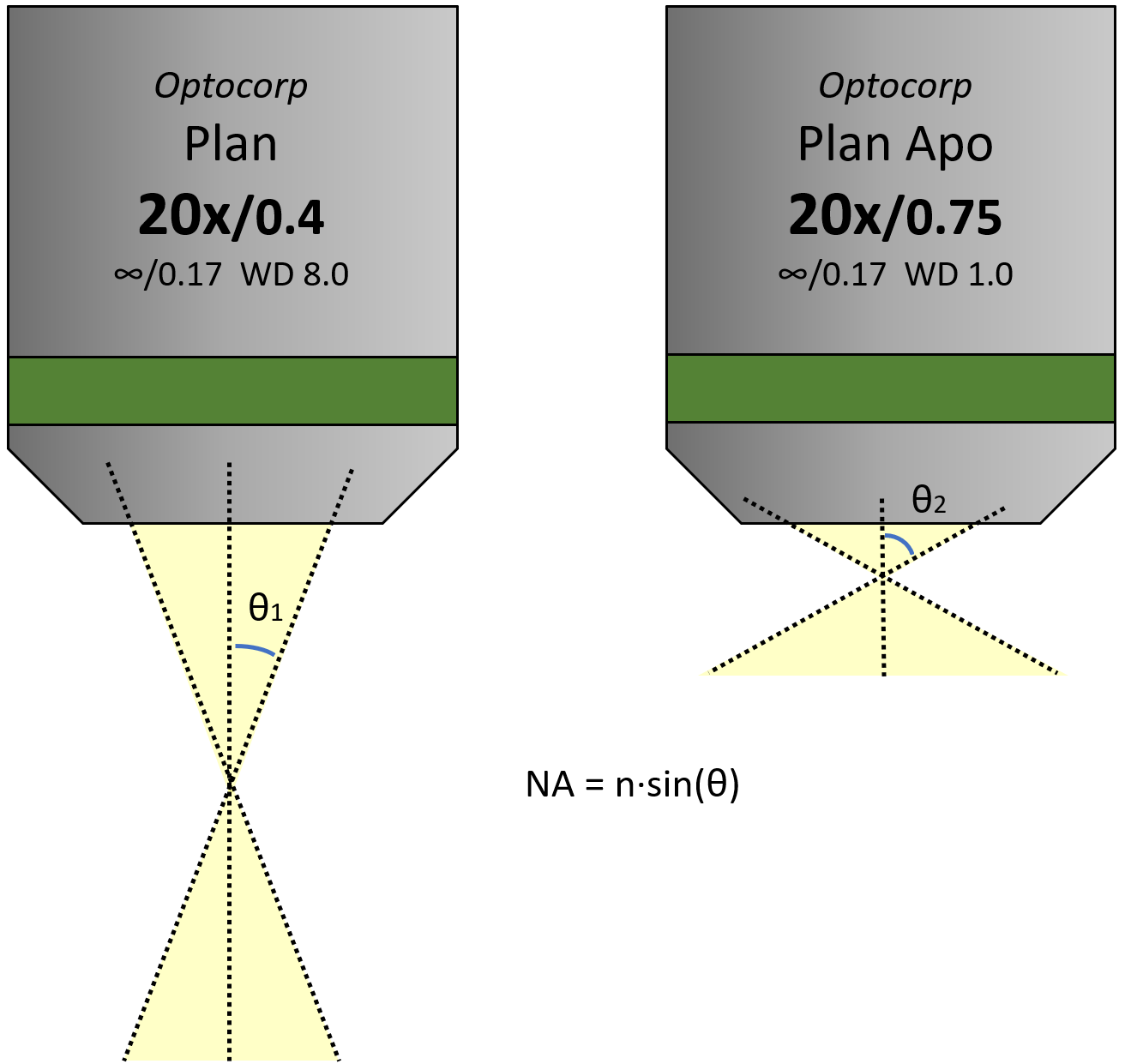 Fig 2: The objectives can have the same magnification, but designed to have different NA. The angle of light accepted by the lower-NA objective is smaller than the higher-NA objective, meaning that it will image at a lower spatial resolution.

Numerical aperture (NA) is calculated from the angle at which light exits the lens (Fig.2). NA is equal to n ᐧ sin (θ), where n is the refractive index of the media and θ is the maximum half-angle of light accepted from the objective (measured relative to the normal). The lenses shown here are both air lenses, so n = 1 in this case. Note that a water immersion lens would use n = 1.33, while an oil lens would use n = 1.51 for this calculation.

We hope this post inspires you to check the NA of your objective next time you are imaging. Remember to include the magnification AND numerical aperture in your Methods, as it is a best practice for publication and supports the rigour, reproducibility and transparency of your research.